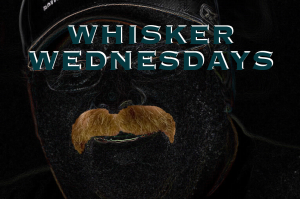 Welcome to another edition of Whisker Wednesday, where we take a look at what’s happening this week in the world of our beloved Eagles and how that correlates to Andy Reid’s job status. What was looking to be a slow Eagles-news week surely picked up yesterday, as the team (unsurprisingly) Franchise tagged Michael Vick and (very surprisingly) Transition tagged David Akers. But the real news came when team president (and dark lord) Joe Banner The Devil met with the media to discuss the State of the Eagles.

Got a suggestion for today’s poll? Send ‘em to firethewalrus@gmail.com!

This entry was posted on Wednesday, February 16th, 2011 at 11:02 am and is filed under The Devil, The Walrus, Whisker Wednesdays. You can follow any responses to this entry through the RSS 2.0 feed. You can leave a response, or trackback from your own site.

One Response to Whisker Wednesday